Are you a Victim of Stalking?
If you are a victim of stalking or would like to know more about keeping yourself safe from stalking click here.
Tips for keeping scams and intruders off your computer
With all the technology that we have at our fingertips, scammers and thieves are finding ways to implant viruses and malicious programs on our computers. These are some tips to remember to avoid becoming a victim of a computer scam or virus.
Be Aware of This Telephone Scam!

Duke Energy is warning its customers about a scam targeting their bank accounts. 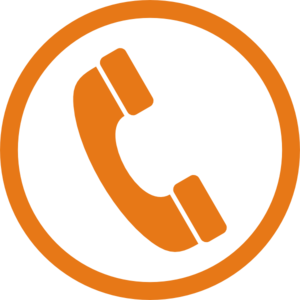 The utility company announced Wednesday that customers have been receiving unsolicited phone calls recently from individuals pretending to be Duke Energy representatives.

The scammer warns that Duke Energy will disconnect the customer’s electric service if they fail to make an immediate payment – usually within one hour.

The caller will later instruct customers to buy a prepaid debit card then call him or her back to make a payment to Duke Energy.

The scammer also asks customers for their prepaid debit card’s receipt number and PIN number, which grants instant access to the card’s funds.

They can also become aggressive when questioned about the legitimacy of their calls, and some specifically target Spanish-speaking customers, restaurants and other small businesses, a Duke spokesperson said.

“Duke Energy is using as many channels as possible to educate customers about this scam,” Duke Energy Senior Vice President and Chief Customer Officer Gayle Lanier said in a release. “We urge customers who are contacted by individuals claiming to represent Duke Energy to listen for red flags, and hang up immediately if fraud is suspected.”

Duke Energy says it will never ask or require customers who have delinquent accounts to purchase a prepaid debit card. Customers can make payments online, by phone, automatic bank draft, mail or in person.

Duke Energy customers who have delinquent accounts will receive notifications from the company over the course of several weeks prior to electric service disconnection – never just a single notification one hour before disconnection, a spokesperson said.

The company is asking customers who suspect or experience fraud to call local police, then Duke Energy at 800-544-6900 to report the call.

*Duke Energy customers are receiving calls telling them their account is overdue and will be disconnected without payment over the phone with a prepaid debt card.

Duke does not operate this way, and urge customers to contact their local police if they receive one of these calls.

More Information can be found here.

Criminals are particularly good at targeting the elderly in the hope of finding easy prey.  Fraud victims over 50 account for over 57% of all fraud and many members of the community are likely to have been or will be affected by elder fraud.  A clear guide to assist in dealing with this can be found here.

Break-ins happen much more frequently than most people think - and it's always a devastating experience. This comprehensive Guide to Securing Homes can be used to help promote safety and prevention awareness. The guide includes key steps and preventive measures that can go a long way in keeping home safe and secure while everyone is away.

One morning a Greenhills resident in the "I" section reported that she answered her door to find a tall slender white male with very dark hair.  He asked the resident for help with his towing bill.  He told her his truck was broke down and he needed a few extra dollars to cover the bill.  He showed her a flyer of his landscaping business, telling her he was a good guy that just needed some help.

The con man actually made entry into the resident’s home by telling her that she dropped a five and a one dollar bill and asked if he could come in to pick it up for her.  She let him in and eventually gave him $30.00.  He took the flyer back, telling her it was his only flyer, then left saying he would return to pay her back.  When she looked to the side of her house, he was gone and there was no truck in sight.

If this man is seen, call 911 immediately.  Never allow strangers to enter your home, and speak to them through a locked door whenever possible.   If you see something suspicious in your neighborhood, call the police immediately.  We would rather check out a situation that turns out to be legitimate than have you become a victim of crime!

The National Credit Union Administration recently warned consumers to beware of a new telephone fraud, known as a “vishing” scheme that is using the agency’s name in an attempt to obtain personal financial information.

Several credit union members have been contacted by an automated phone call claiming to be from NCUA and notifying consumers their debit cards have been compromised. The call then asks the receiver to follow prompts, which request personal information, including sensitive financial data and personal identification information.

Anyone contacted by this so-called “vishing” scheme should immediately contact NCUA’s Consumer Assistance Center Hotline at 800-755-1030 or by email at This email address is being protected from spambots. You need JavaScript enabled to view it. to report the scam. Operators answer calls Monday through Friday between 8 a.m. and 5 p.m. Eastern.

$100 dollars at Walmart or Target for a buck? Don't Think So!

Area police agencies have received information concerning a reported scam.  Residents are receiving postcards in the local telling them that they are eligible to receive $100.00 in gift savings good at Walmart or Target.  There is a phone number on the card and when you call, the person on the other end says there is a $1.00 processing fee and then asks for a credit card (Visa or Master Card) number.   Be aware that this is a scam!  Never give out any of your credit card or banking information to people over the phone in circumstances like this.  If its sounds too good to be true - it probably is!